A Second Look: World Without Pain: The Story of a Search 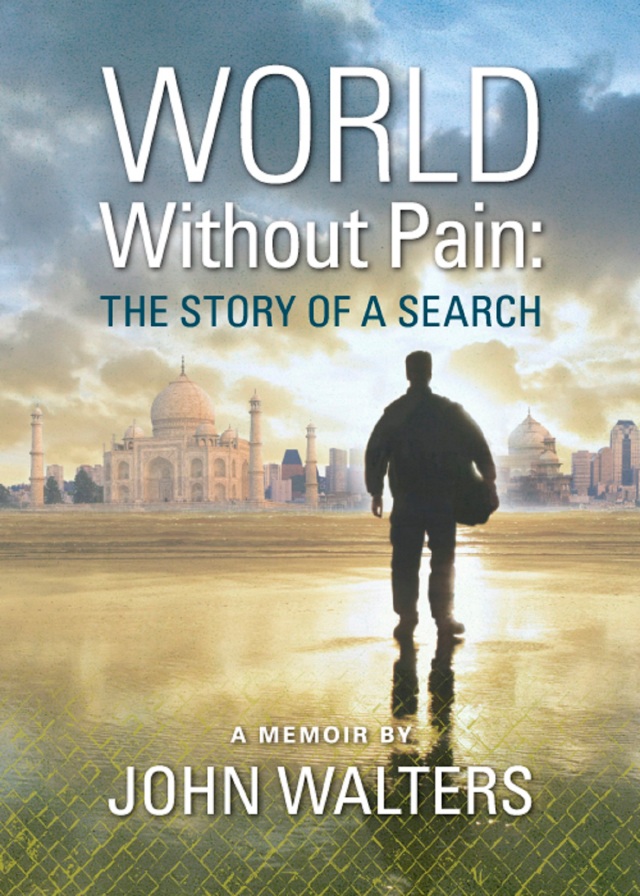 In the 1970s, after the Altamont Rock Festival, the Manson Family cult murders, and the fiasco of the Vietnam War many young people, disillusioned by the hippy movement, began to leave their homelands and travel to the far places of the world.  Hoping to find drugs, sex, freedom, and excitement, they more often were confronted with destitution, despair, disease, loneliness, and culture shock.

As a young writer wishing to break out of the familiar rut in which he was stagnating, Walters hit the road during this time, first to Europe, then onward to the Indian Subcontinent.  He sampled Buddhism and radical Christianity; he wandered alone in the Himalayas; he listened to strange gurus spouting stranger doctrines; he watched the people around him deteriorating and dying in the lands of the East.  As he traveled onward he became fascinated with the road itself, and determined to discover its secrets. He wondered what it was that gave the road its alluring power, and he forsook everything else to find out.

His story will appeal to those who lived through the turmoil of the 60s and 70s, to those who are hungering after spiritual fulfillment, to writers and other artists in search of their voice and their inspiration, and to anyone who loves a true story of adventure and excitement set in unfamiliar lands.

This is my first memoir. Recently I have been looking back on the times I write about in this book, and I am amazed at where I went and the dangerous and unsettling situations I encountered. Now my temerity astonishes me, but back then I took it in stride, considering it all a glorious and grand adventure. You don’t hear about people stepping out onto the road like this anymore. Give this book a read; you won’t be disappointed.

This entry was posted in Uncategorized. Bookmark the permalink.