How I Began Self-Publishing; Part Three: The Short Stories 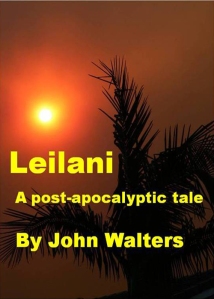 One of the great joys of electronic publishing is that you are not bound by length.  You can make the story as long or as short as it demands to be.  You can write novels of forty or fifty thousand words, as writers used to do in the golden age of original mass-market paperbacks, or you can make them several-hundred-thousand-word doorstoppers.

You can also, if you like, publish independent short stories.  These I liken to individual songs from albums released by themselves as singles.  Even way back when I was young it was common to buy records of single hit songs and then later buy the whole album.  So around the same time I published my first book, “The Dragon Ticket and Other Stories,” I worked on uploading all the stories as individual mini-books.

I didn’t want to trouble my graphic artist relatives to prepare covers for every short story I published, so I determined to learn how to create covers myself.  There is a learning curve involved here, and a number of my early attempts, some of which I have replaced and others of which I have yet to get around to, are – being kind to myself – mediocre.  Others might call them dreadful, and I wouldn’t argue.  Dean Wesley Smith explained on his blog how to create covers on PowerPoint, and I have used this tool ever since.  Of course it took me a while to get the hang of it, but as long as you are not too demanding concerning complexity, you can manage quite well.  In the beginning, I had no idea about branding or the desirability of my covers having some sort of basic similarity one to another.  Later I decided on a simple pattern of black background, gold lettering, and an image in the middle between the title and author credit.  But with those first attempts I experimented with font size, font color, picture placement and so on.

For the cover images, at first I perused photos in the public domain and chose from among those.  Wikipedia has an extensive list of links to public domain image sites.  The main problem with using these was that it would take me so long to find suitable images.  I would spend hours searching and often settle for a sort of general generic image which meant something in the context of the story but would do nothing to attract a reader.  For example, for the story “The Golden Ones Who Work Miracles” I found an image of Colaba Beach in Bombay, on which crucial scenes in the story take place, but the picture itself is rather dark and has nothing to hint that its location is in India; very few people would identify the place or realize its significance.  For the story “At the Edge” I chose the picture of a path in the forest similar to one that appears in the story; however, the cover gives no hint of the bizarre nature of the story itself.  Shortly before I adopted a common story cover theme, for one cover of a story in my second collection, “Painsharing and Other Stories” I did hit it right.  It was for the post-apocalyptic story “Leilani.”  I can’t remember how I found the image, but it was by a professional photographer, and I wrote for and received permission to use it.  The photo shows a palm tree in the sun all but obscured by smoke; it had been taken during a wave of summer forest fires in southern California.  It perfectly captures the feel of the post-apocalyptic tale.  Though it does not match the template I have set for most of my short story covers, I am loathe to change it, because “Leilani” has proved to be my best-selling short story by far, and I am sure that the cover has something to do with it.

When I say best-selling I mean it in a relative sense.  None of my stories have sold many copies, and some have sold none.  But “Leilani” has continued to sell several copies a month since I published it back in 2011.

Eventually, to save time, I started to buy low-cost images from Dreamstime.  They only cost a few bucks, and the website’s search engine enables me to find excellent cover images in a few minutes rather than hours.

Which brings me to the issue of pricing.  This is a controversial topic among self-published writers.  Some feel that a low price point is the only advantage self-publishers have over traditional publishing venues.  Others feel that setting low prices is like tossing your books into the bargain bins.  I don’t believe in pricing my full-length books at $.99 like some writers do, but on the other hand I have kept most of my individual stories priced at $.99.  When a story reaches novelette or novella length I raise it up to $2.99, but I feel that for just one story $.99 is fair.  It’s like that single song that you download.  I want to make my stories accessible to as many readers as possible, and thinking like a reader, I know I would not pay more than $.99 for a single story, no matter how dynamic, classic, and award-winning it might be.  Right now, I’m just too damn poor, and that informs my pricing decisions as a writer.  I can’t afford new high-priced books from traditional publishers.  I scour bargain bins at bookstores, spend hours searching through used book stores, and buy used rather than new copies of books from Amazon.  I admit it.  I have to read and it’s all I can afford right now to satisfy my hunger and that of my book-hungry progeny.  I want all readers to be able to afford my works.  I do not want to be elitist.  I have spent most of my life poor.  When I was traveling the world in my formative years as a writer I needed reading material.  When I consider pricing I think of myself as a wandering hippy or as a cash-strapped, struggling single parent.

Occasionally, when I feel the stories are too short to stand alone or have similar themes, I have packaged two stories for the price of one.

One final point I would like to make about my short stories.  I seldom write them directly for self-publishing.  Once they have made the rounds of traditional publishers I upload them for sale quicker than I used to, but I always send them around to the magazines and anthologies first.  I like seeing my work in these publications, and when my stories are accepted for publication there are two benefits:  they pay me, and at the same time my work is publicized.  This delays the self-publication process sometimes by a year or two, as magazine and anthology editors, with a few exceptions, are notoriously slow in replying to writers, but I think the delay is worth it so I build it into my system.  When the stories are complete I send them around, and when there are no more places I want to send them I upload them.  Competition is stiff in the professional magazines.  Editors might accept only a half-dozen pieces out of one thousand submissions.  I have the added disadvantage, being all but unknown, of having to write better than the established pros, as any editor, when confronted with two stories of similar competence, will choose the story from the writer with name recognition, as it helps to sell copies.  That’s what it’s all about.  Often, by the time I get around to uploading my stories, they have received a multitude of kind words from editors.  “I loved this story but…”  “We received so many top-notch submissions that we couldn’t…”  And so on.  Still, I feel that the benefits of traditional magazine or anthology publication outweighs the delay while the stories make the rounds.

I love writing short stories, and I would turn them out much faster if I had the time.  As it is, they seem to erupt in bursts from within, whenever a block of time presents itself.  They are wonderfully suited to this new age of self-publishing, and the opportunity to self-publish presents many great stories to readers that might otherwise be regrettably buried.  A self-published story has even made the final Hugo Award ballot this year.  This unique phenomenon will probably happen more and more as this new era of artistic freedom continues.